The real maker of the ‘Rhodes’ vases

We have in our collection three beautifully made hand potted vases made of brick clay, with tiki backstamps. We knew one of them had been purchased in the Crown Lynn shop in Takapuna in the 1960s which did not fit with the period the tiki backstamp was used. These vases have been attributed to Arthur and/or Olive Rhodes, but no one has ever been able to find out who Arthur and Olive Rhodes were. Researchers have searched high and low in electoral rolls and directories in the Crown Lynn archives with no result. Here is Val Monk’s blog about the ‘Rhodes’ vases: http://valputaruru.blogspot.com/2015/05/the-mysterious-terracotta-vases.html

Today (7 August 2020) I spoke to John Heap, who was the Assistant Factory Manager at Crown Lynn from 1966 and he instigated the making of these items by Daniel Steenstra. John would collect a pallet of extruded pipe clay from the Amalgamated pipeworks and take it to Daniel to whom he gave free reign to create whatever he wanted. He made these vases in various shapes and sizes. They were then fired in the tunnel kiln at Crown Lynn, clear glazed inside and perhaps part of the outside and fired again in the Prouty glost kiln.

As well as vases, Daniel also made lidded pots, sometimes with handles, and ashtrays as well as other items. He was very fast and was reputed to turn out 100 pieces a day.

When researching these items several people said that brick clay would not have been allowed in the Crown Lynn factory for fear of contaminating the white clay. John said the pipe clay was extruded on another site and wrapped in plastic for Daniel to use so there was no risk of contamination despite the same kilns being used. 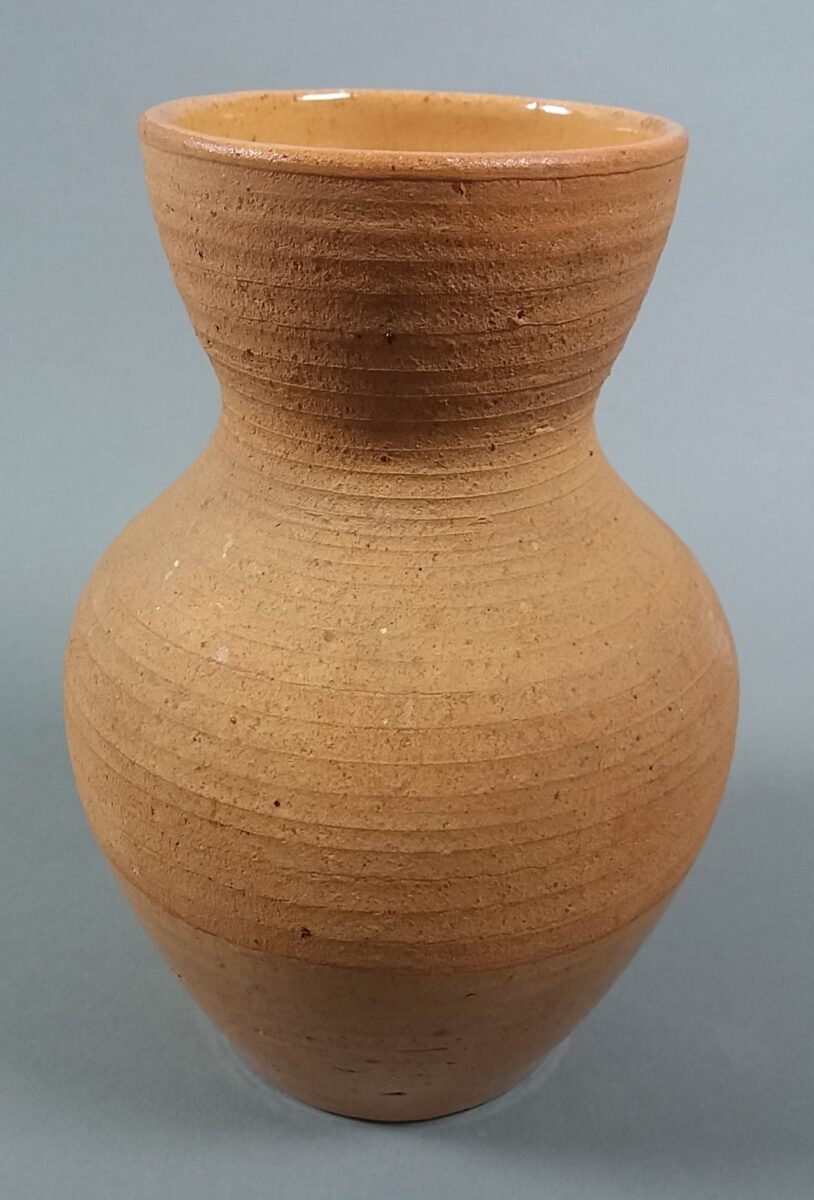