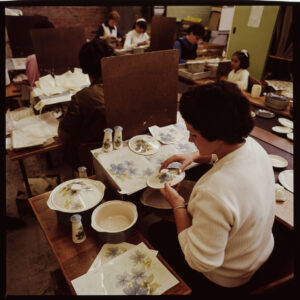 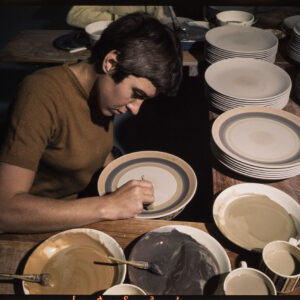 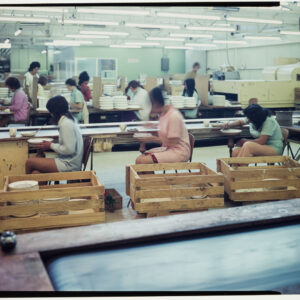 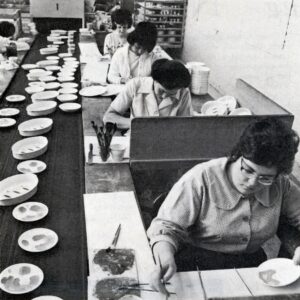 A team of up to 50 women worked in the Decorating room at Crown Lynn, overseen by people such as Doris Bird who was brought to New Zealand in 1947 from England by Tom Clark and stayed until 1968. Maude Bowles later took over the role and her team decorated 70,000 pieces per week.

At Crown Lynn products went to the Decorating room between their first ‘bisque’ firing and the second firing in the Prouty kiln. They first received a backstamp, then had either hand painting, gold or lithograph decorations applied before going to the dryers, then set on a kiln car for their second firing.

Decorations were either applied underglaze, in-glaze or on-glaze and sometimes a combination of two.

In these photographs from our collection you will see some of the techniques used to decorate items on the production line at Crown Lynn.