In 1967 Peter was prospecting the derelict mercury mine at Puhipuhi in Northland when he noticed a collection of large pipes lying around in the wreckage and long grass. Peter’s understanding of ceramics at the time was practically non-existent. However, their shapes and surface textures were so distinctive that they tucked themselves away in his memory banks for a number of years. 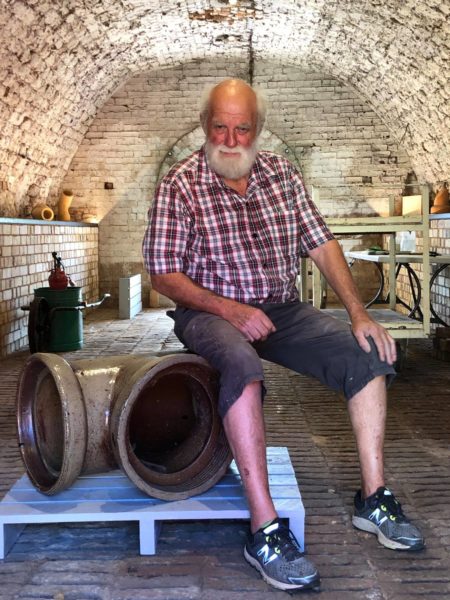 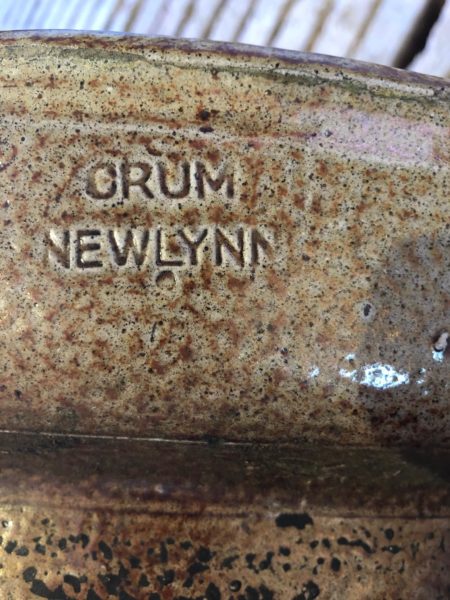 Five years later Peter returned to New Zealand after travelling during which time he had become interested in ceramics, mainly through a couple of close friends, Barry Brickell and Lex Dawson and the Puhipuhi pipes resurfaced in Peter’s mind as being very unique and special objects. He now knew that they were salt-glazed and had also been hand finished. So Peter and a fellow potter friend, Ted Kindleysides, headed back to Puhipuhi and made their way across farmland as stealthily as they could in search of the pipes only to find them still lying around untouched.

Picking the best of the bunch and with the use of length of 4×2 piece of wood found lying around, they slung the pipe on their shoulders and tiptoed back across country for around 30 minutes to the car. They were completely exhausted and declared that this must be the biggest pinched pot on record!

Peter has kindly donated the pipe to the museum, and after helping Peter take it out of his car and into the museum, we estimate its weight to be around 100kg! Ian Crum says that this is a 12″ T – Section for possibly sewage, it is the first one he had ever seen and was made before his time, and estimated it to be early late 1920’s early 1930’s.