The first swans were made by Ambrico in 1945. They originated from manager Tom Clark, who brought one made by Sylvac home from overseas and asked Dave Jenkin to make a model. 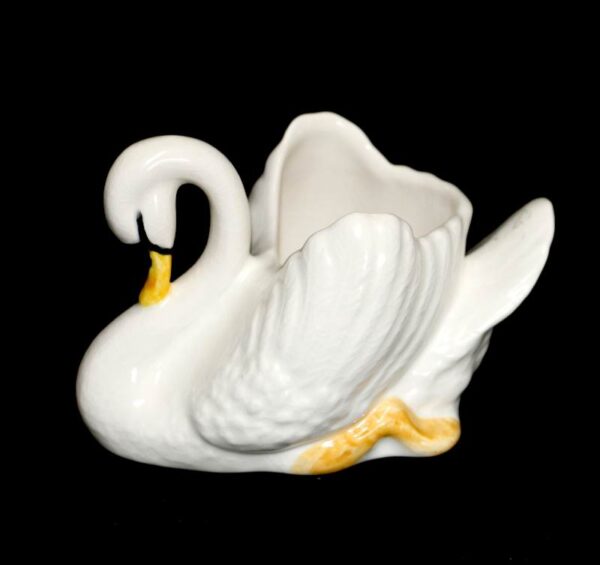 The first swans were small and glazed in spectacular lead based glazes. 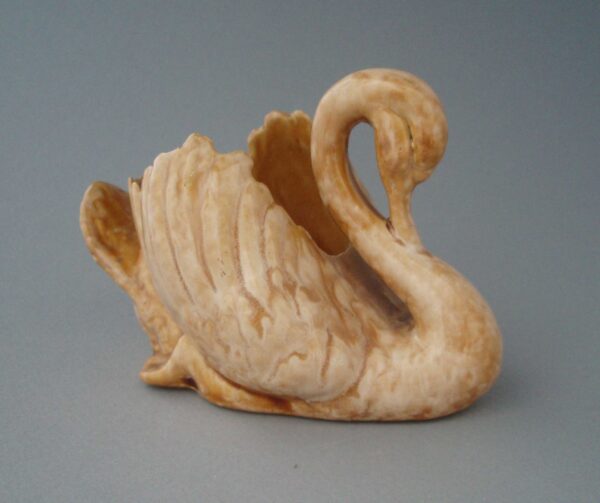 From the late 1940s onwards larger swans were made which were in two different poses known as ‘male’ and ‘female’.  The female was only ever matt white and black, but the male was produced in other colours. The male swans were only made up until the late 1950s. 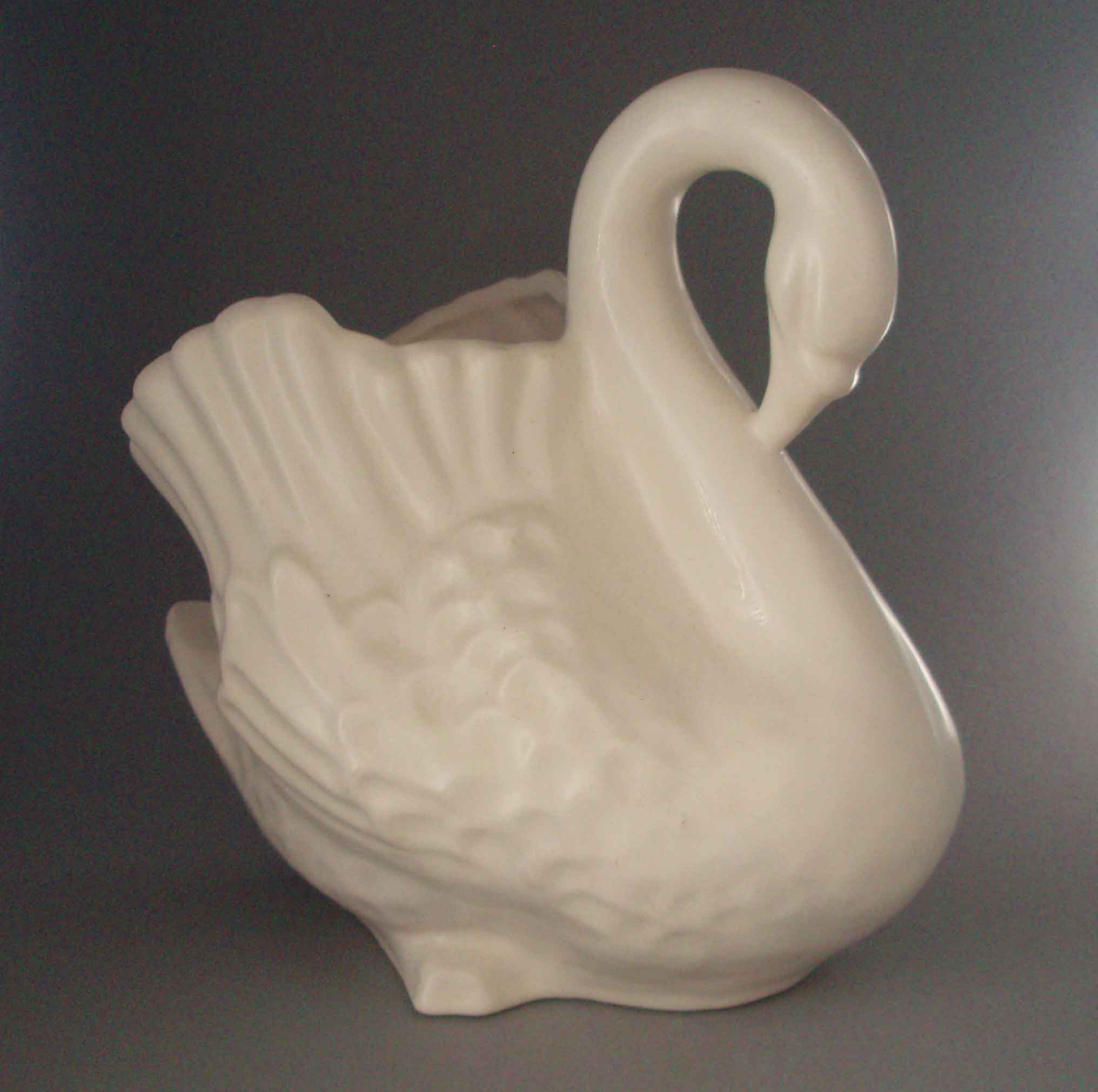 In 1964 those swan shapes still in production were given new four-digit shape numbers. 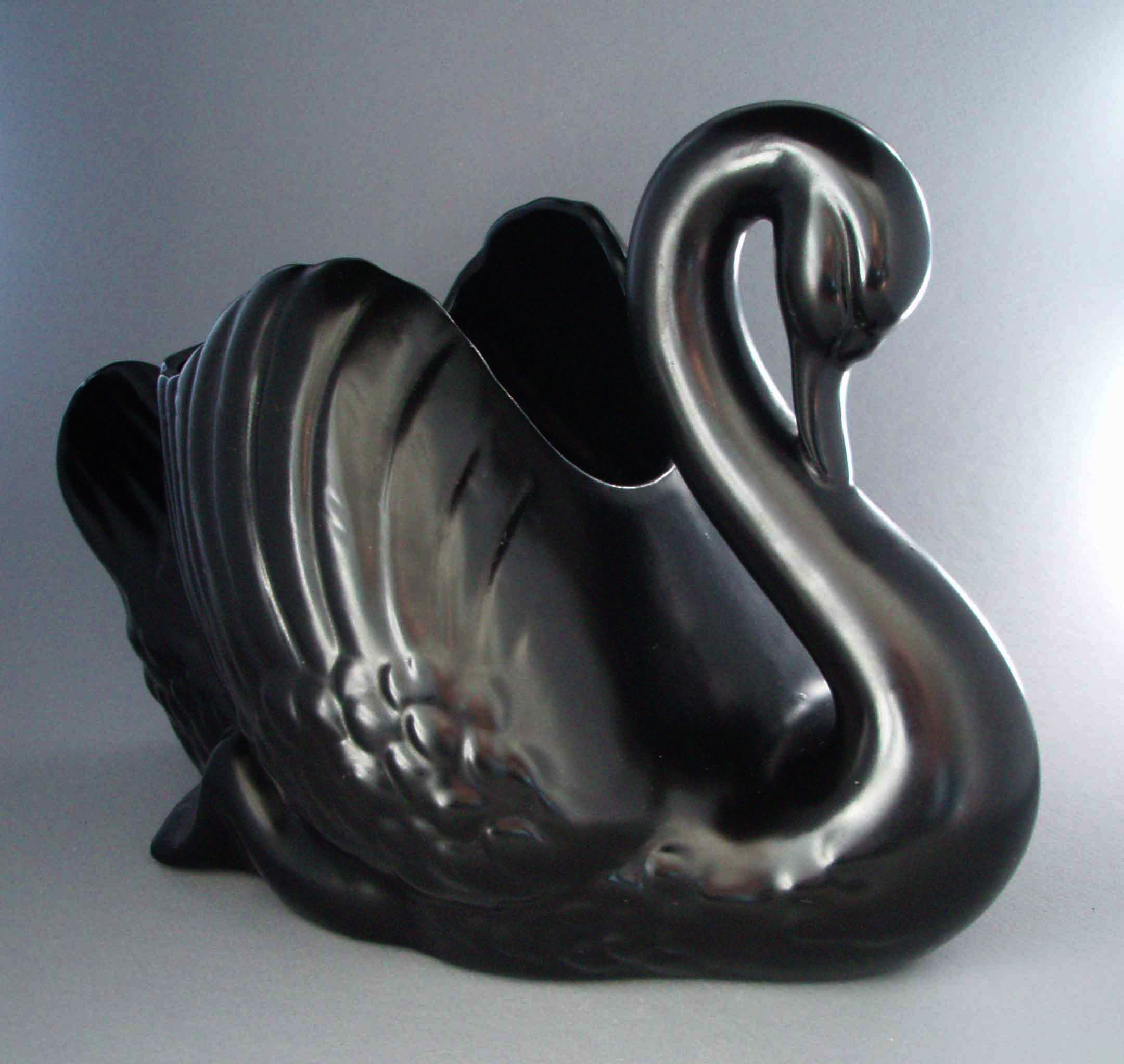 The swans were made to be used as vases, but some film footage shows trendy coffee bars using the small swans as sugar bowls. They continued to be made right up until the 1980s and in total there were four different swan shapes produced. 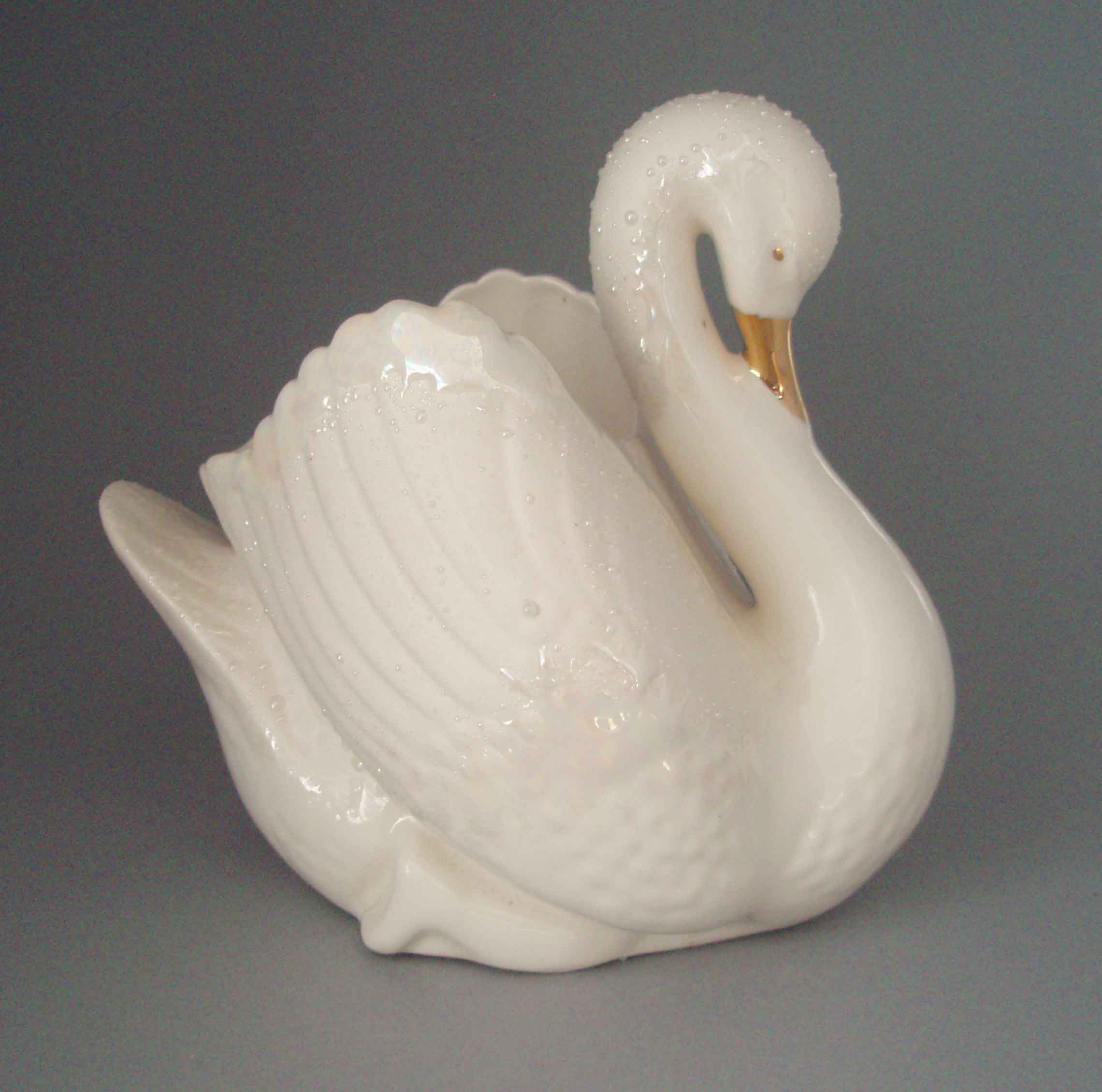 This swan has gold beak and eyes and water droplets was either made or decorated by a company called De’Arn in Auckland. It has 2147 moulded in the base. See more about it here.

Swans were made at the factory until it closed and although they have been in and out of fashion, today they are extremely collectable. Swans using the Crown Lynn moulds were made by Studio Ceramics which were all stamped with the maker’s name. But be careful, there are ‘fake’ swans on the market which are extremely difficult to detect even by experts, and buyers need to be beware.