Joan Davis (nee Sheen) started working at Crown Lynn c.1940 in the Decorating Department, during WWII as part of the war effort. Joan lived in Gardner Ave, New Lynn and walked to work every day.

At 93 years of age, Joan remembers working at Crown Lynn well and recalls it being a fun place to work. Her sister Ethel also worked at Crown Lynn in the dispatch department, where she had memorised every Crown Lynn shape number! 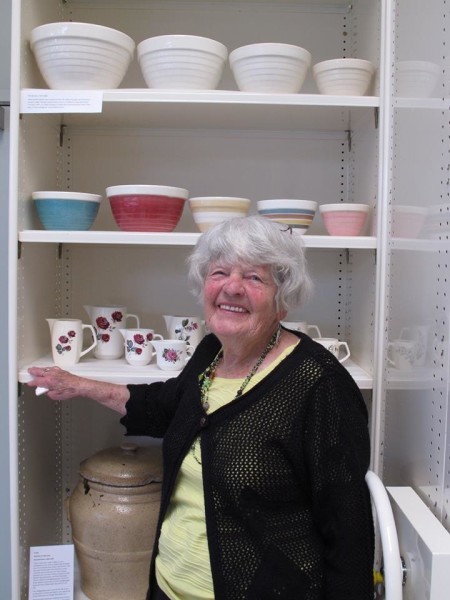 Joan worked alongside decorator Doris Bird and Frank Carpay (Frank decorated cups for her and her sister, as well as making commemorative plates for Joan’s children). Joan’s main jobs in the Deco Dept were banding plates, gilding handles, painting Festa Ware with wide brushes. But her favourite thing was banding meat plates, because the oval dish provided a challenge.

When Joan started, there was no prior training – everything was learnt on the job. She really enjoyed going to work, and felt fortunate that her job was artistic. At times Joan and her colleagues would go to trade fairs where they would demonstrate banding techniques to the public.

When Joan left Crown Lynn in 1956, Tom Clark jnr came down and put a gold watch on her wrist himself.

The following images are from Joan’s collection 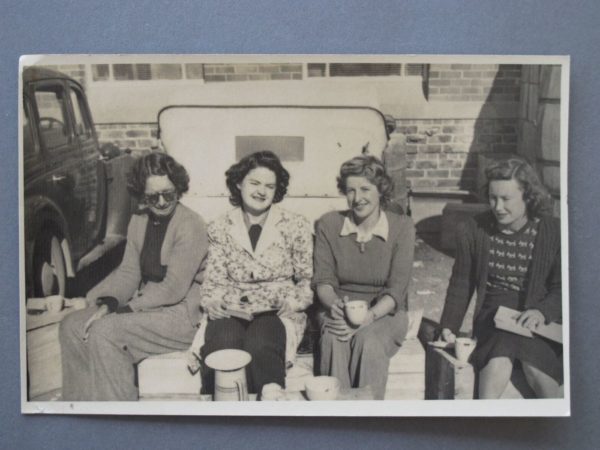 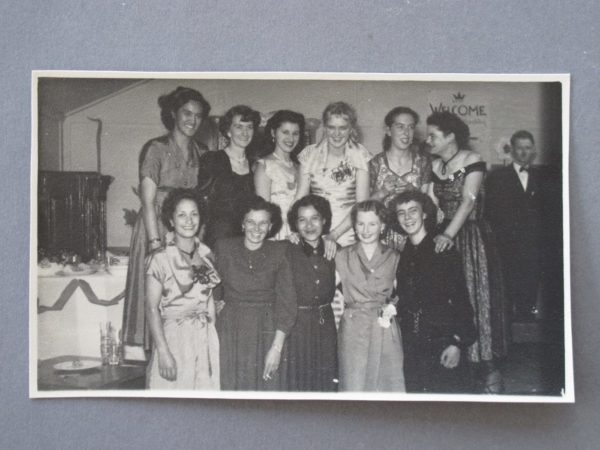 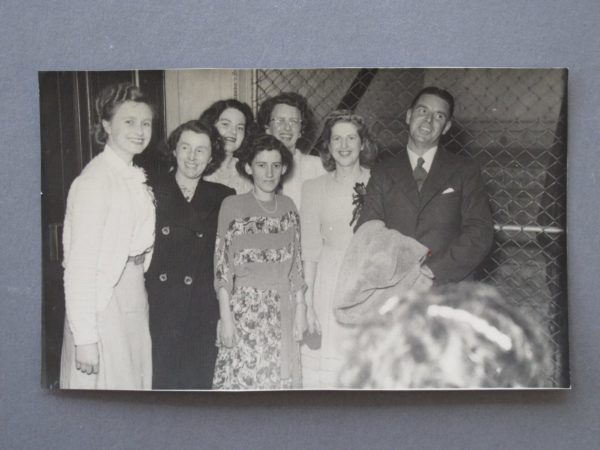