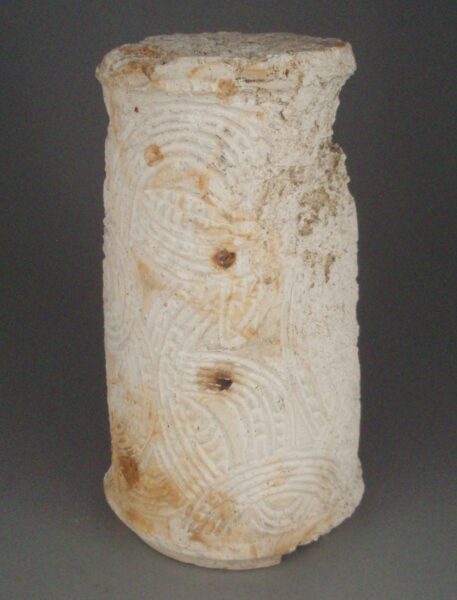 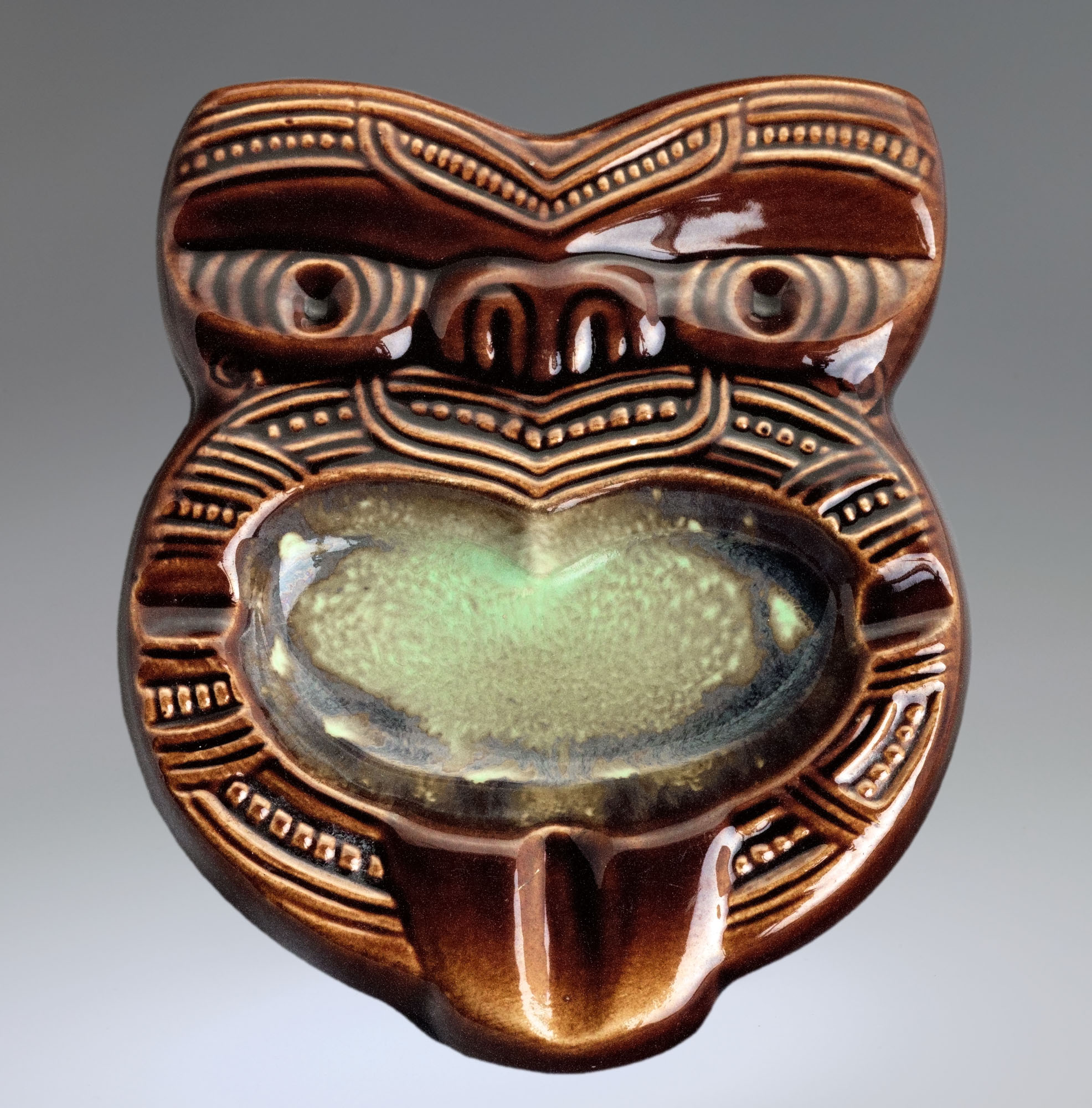 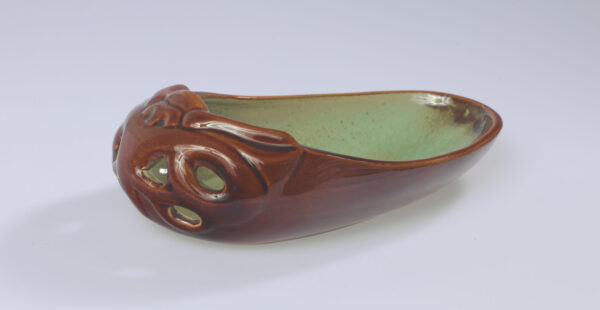 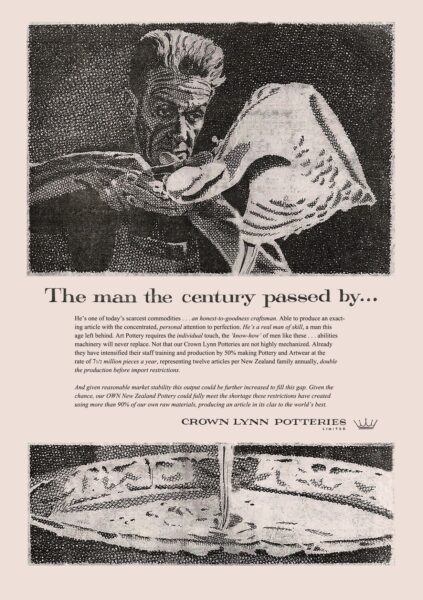 Harry Hargreaves (1906-1960) worked at Crown Lynn from about 1943 until he died. He was a modeller and mouldmaker and is most known for his Wharetana ware range using Māori imagery.

Aimed at tourists, the Wharetana Range was designed by head designer Dave Jenkin and Harry Hargreaves and released in the late 1940s. There were about 49 shapes in the range including book-ends, ashtrays, lamp bases, trinket boxes, wall plaques, salad servers, egg cups and a waka, which were all glazed in rich brown and green glazes.

Harry was interested in Māori design and carving techniques, carrying out research at Auckland Museum. He also taught himself Te Reo. Harry was extremely prolific in his work. His son Colin remembers him spending most nights at the dinner table with his head down, carving away, until all of a sudden leaping from his seat and dashing off to the Crown Lynn factory in order to make the night time firing. Colin remembers his father using 4 inch nails to carve with, all hand-shaped differently, and recalls Harry teaching him how to carve and how the clay responded differently to the various nail shapes.

The first image above shows one of the gems of the Te Toi Uku collection. It is a Plaster of Paris model, made by Harry Hargreaves which we believe to have been excavated from the Crown Lynn site by Richard Quinn. It is a model for a prototype vase, which is held at Auckland Museum. Click here for the record for the vase which was made from a mould which was made from our model.

Wharetana Ware was only produced until 1952. Although he was very proud of the range Dave Jenkin considered that it was “a little too heavy and bulky for tourists”. Today it would raise issues of cultural appropriation but nevertheless is highly sought after by collectors, here and overseas. The bailer and ashtray shown above are two pieces of  Wharetana ware from our collection.

The fourth image is an advertisement for Crown Lynn showing Harry at work was published in the Auckland Star in 1959. It was one of many such adverts published around the time of the one millionth piece being made, focuusing on the handmade quality of Crown Lynn wares.