After returning to the Netherlands and establishing his own small commercial pottery, Carpay met with difficulties and his pottery business was closed. In the early 1950s, he wrote to the Mayor of Auckland John Allum enquiring if there was work available in any Auckland potteries. Crown Lynn Potteries Ltd were looking for new designers at the time, and in 1953 Carpay moved to Auckland with his wife.

Carpay joined the likes of Mirek Smisek and Ernest Shufflebotham in the Crown Lynn Specials Department, where they produced upmarket quality ceramic pieces. Carpay produced bold and modern designs which were very well received amongst enthusiastic art societies, winning the Esmonde Kohn Prize for Applied Arts after his first designs were shown at the Auckland Society of Arts in 1953.

Carpay’s designs were less accepted by the general public however, who at the time favoured English products featuring light, floral and pretty designs. After working at Crown Lynn for three years, Carpay was laid off in 1956.

If you are interested in Frank Carpay, you can access a fantastic article from Art New Zealand (from Issue 109, Summer 2003-4) at the following link:
https://www.art-newzealand.com/Issue109/carpay.htm

This collection of eight shards were excavated from or found on the former Crown Lynn site, and are believed to have been hand-painted by Frank Carpay (b. 1917, South Holland). 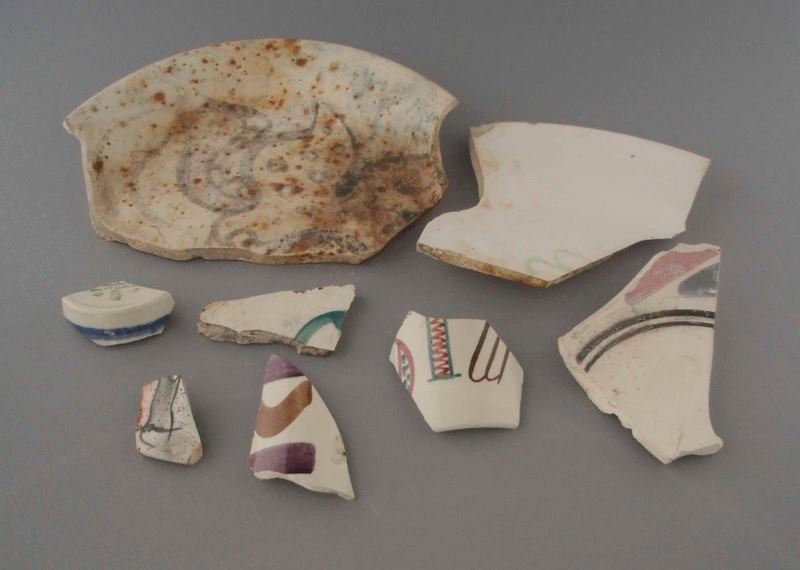